The gaming industry is closing in on its target of £40,000 for gambling charities through the ICE Consumer Protection Zone. 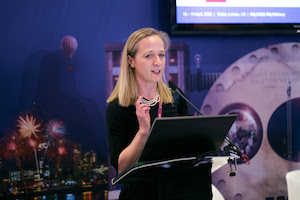 The funds raised so far are only £6,000 short of the target established last year, say the organisers.

Main donors have been Kindred Group, Flutter, IGT, Betsson and Greentube, with in excess of £5,000 each, plus operator Les Ambassadeurs donating £10,000 between its two brands. The CPZ has so far collected £186,000 over the last four ICE shows.

The money has been distributed between the not-for-profit safer gambling organisations.

“In February an expanded CPZ in its high profile position adjacent to the boulevard will feature 20 exhibitors populated by the charities, treatment facilities and not-for-profit organisations that we gift the space to alongside commercial organisations, including providers of responsible gambling tools, solutions and technology.”