The Court of Justice of the European Union has reiterated that Austrian gambling legislation is inconsistent with European law. 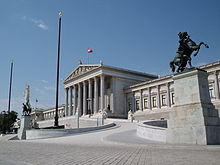 A case on Wednesday largely followed a similar one last November, confirming case law that state a national gambling legislation is compliant with EU law only if it is consistent.

The ruling met with the approval of the European Gaming and Betting Association. Secretary general Maarten Haijer said: "We welcome the court’s decision, which confirms that the Austrian gambling legislation is in breach of EU law. The ruling strengthens the requirement that member states’ gambling laws should be consistent.”

He added: "In this context, we want to remind that the European Commission acted in its proper role as guardian of the treaties by launching formal infringement proceedings against six member states last November.

“While we encourage the commission to take the appropriate next steps in these proceedings and open new proceedings where necessary, we especially urge the member states to pursue their stated public interest objectives in a consistent and systematic manner free of hypocrisy.”

The Queensland gambling regulator has announced a $100m fine for Star Entertainment Group and plans to suspend the licences of two of its casinos.

The future of the Las Vegas icon, The Mirage, was outlined to the Nevada Gaming Control Board this week, indicating that buyer Hard Rock plans to spend huge amounts on the position right on the Strip.