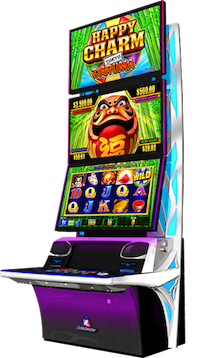 In the games, scattered wilds appear randomly or when triggered by a special symbol on reel five. Each scattered wild that overlays a wild appearing on the reels triggers the jackpot feature allowing for multiple jackpot wins.

The chances of a scattered wild appearing is increased during the free games.