Wynn Resorts has confirmed that it has withdrawn from the integrated resort race in Osaka, Japan, and will focus its efforts on gaining an IR license in the Kanto region. 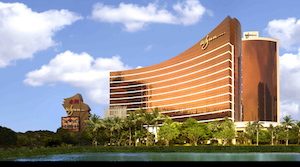 In response to inquiries, a spokesperson for Wynn Resorts said: “Wynn Resorts is grateful for the many months of positive dialogue we have enjoyed with the city of Osaka and its citizens, and we appreciate the gracious hospitality we have received from them. Although we have decided not to pursue an integrated city resort in Osaka at this time, we wish the city the very best and look forward to following its continued success. Wynn Resorts is currently focused on the Kanto area.”

The entry of Yokohama city into the IR race also caused some other major operators, namely Las Vegas Sands and Melco, to abandon their efforts in Osaka, but unlike those two, Wynn made no public announcement about its shift of focus.

The complete withdrawal of Caesars Entertainment also removed a suitor for the Osaka location.

As a result, while there were seven major operators competing to build an IR at Osaka Yumeshima a few short months ago, that race is now narrowed down to only three - MGM, Genting and Galaxy.

Quixant: a specialist in innovation

Looking at the role played by embedded platforms.

Spanish gaming industry expert Eduardo Morales Hermo, of iGamingCo, has shown how bad decisions have been made by some European countries – his own included – in handling the pandemic.