AUSTRALIAN racing is in the midst of one of the biggest changes in its long history as the nation’s two biggest states - New South Wales and Victoria - wage what the media have dubbed a “turf war” and behind which lies two different approaches to the business of betting. 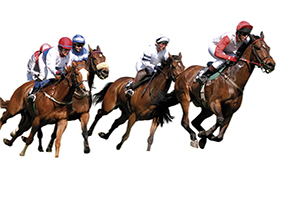 In one corner is Racing NSW, led by its single-minded chief executive Peter V’Landys, riding high on advantageous funding and determined to steer the country’s best horses to Sydney and away from Melbourne with a series of brand new, big-money races.

In the other corner, Victoria, boasting history and the spring carnival, an enormous money-spinner where the attention of the country’s betting public turns to Melbourne.

Read the full article in the September issue of InterGaming

VIP to lead recovery, but no reprieve in the near term

InterGaming looks at the rise of omnichannel gaming.

Axiomtek Gaming on the devices at the heart of the machine.