From June until now Scout Gaming has secured five agreements, of which four will be participating in the real money network. 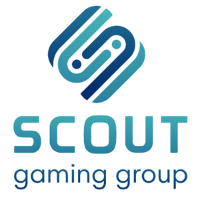 In addition, Scout has launched its sportsbook on the first B2B client and is close to launching a previously disclosed collaborative venture with Razer, the world’s leading lifestyle brand for gamers.

Scout Gaming is a leading global provider of B2B daily fantasy sports, sportsbook, fantasy betting and other related sport betting products and it has inked several deals following this summer, of which four will be part of the world’s largest networked real money fantasy games, the Scout Gaming Network (SGN).

Recently, four new contracts with igaming operators joining the network have been signed, out of which one operator has already gone live and two planned to launch before the end of the month.

Another noteworthy addition is Olympic Entertainment Group, an Estonian licensed and regulated land-based and online casino operator which is currently the number one online operator in Estonia and top three in the Baltics overall.

A couple a weeks ago, the market leading Norwegian operator, Norsk Tipping, went live with Scout Gaming’s software. It is currently under a beta-test for real-money gaming which so far has met its expectations. It is the first time in eight years that a new gaming vertical for real money has been launched on the Norwegian market.

Adding to achievements, Scout has since 2019 been developing a sportsbook on its proprietary tech stack, which entails setting up and growing an in-house odds trading and risk department.

BetMGM, a leading sports betting and igaming operator, has announced the launch of its mobile app at Gold Strike Casino Resort in Tunica, Mississippi.

Nuvei Corporation has announced another enhancement to its suite of payout solutions, this time for US regulated online sports betting and igaming markets.