Work stepped up on Sharjah project

Work on the development of the huge Al Mamsha project in Sharjah, Dubai’s neighbouring emirate, has been escalated, it was announced this week. The €700m project has entertainment facilities embedded into its primarily residential plan. 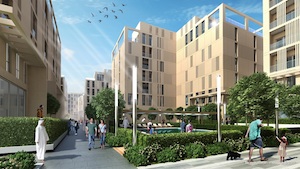 The developers, the Alef Group, based in Sharjah, also includes retail and general leisure in its plans which are based mainly on a traffic-free environment, with walkways dominating its characteristics. It will cover three million square feet and will be rich in water and green areas. Retail will cover over half-a-million square feet and features will include nurseries, beauty spa, fitness facilities, and an entertainment area with an FEC and multiplex cinema.