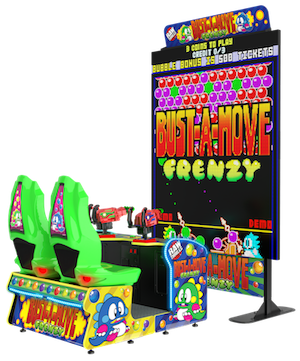 The 2020 version of the 1994 original gets the Frenzy treatment - just as Space Invaders did in 2016 and it is expected to be revealed at upcoming shows.