In a tragic accident, the president of Red Rock Resorts and Station Casinos in the US, Richard Haskins, was killed on Saturday in an accident. 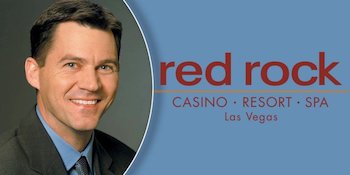 Haskins was reported to have been on holiday in Michigan and lost his life in a watercraft accident.

Aged only 56, Haskins was 25 years with the Las Vegas-based group, said the company in a statement. His chairman and CEO Frank Fertitta said: “He was a trusted advisor, a brilliant strategist, a steady hand in good times and in bad and most important, a friend to all.”

Red Rock Resorts operates 20 venues in Southern Nevada, including the Palace Station, Red Rock Resort in Summerlin and Green valley Ranch Resort in Henderson. It also operates the Graton Casino in Northern California on behalf of the Graton Rancheria Tribe. Also in its portfolio is The Palms Casino Resort close to the Las Vegas Strip.