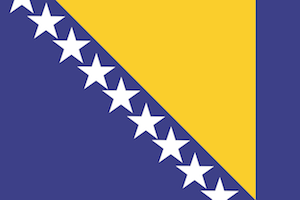 The company revealed that it had won a new three-year contract from Lutrija Bosne i Hercegovine, the Bosnian lottery, after a 41 per cent increase in sales since collaboration began in 2016.

“We are still in the early phase of our partnership and have already produced tremendous results by applying Scientific Games’ best practices to continuously refine and improve key areas of our instant games,” said Edhem Pašukan, director of Lutrija Bosne i Hercegovine. “Our plans are to fully develop this product category which was relatively untapped until we began working together.”

Scientific Games is the world’s largest developer and supplier of instant games with products generating more than 70 per cent of annual instant game retail sales globally.

The UK gaming machine industry has lost a pioneer and innovator in Paul Whitbread who was, until ill health forced him into retirement, head of NRM.