An operating profit of €333.4m was revealed by major Spanish operator Cirsa in the first nine months of this year. 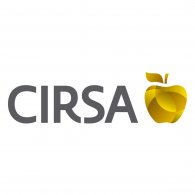 This is an increase of nine per cent over the previous year. The company’s income stood at €1.15bn, up 7.3 per cent. In the quarter the operating profit was €118.7m, up 10.4 per cent, said the company, also reporting that it had completed the acquisition of Giga Game System Operations, giving the group more street operations in bars, bingo clubs and also the Gran Casino Costa Brava at Lloret de Mar.

There was growth in the casinos division; the slots division also provided positive results. In Italy the company was active in the AWP and VLT sectors and had bought two bingo halls in Piedmont. The bingo division saw the introduction of the electronic room bingo in Andalusia and extra outlets in Catalonia. In Mexico revenues showed a slight improvement.

Operations in the arcades had benefited from the introduction of the Unidesa Sensation Rouge and in Unidesa itself, Cirsa reported that the company had released the Manhattan, a new machine for bars that brought in 1,200 machine sales in two weeks. Sportium, the sports betting division, also showed improvements in net income.